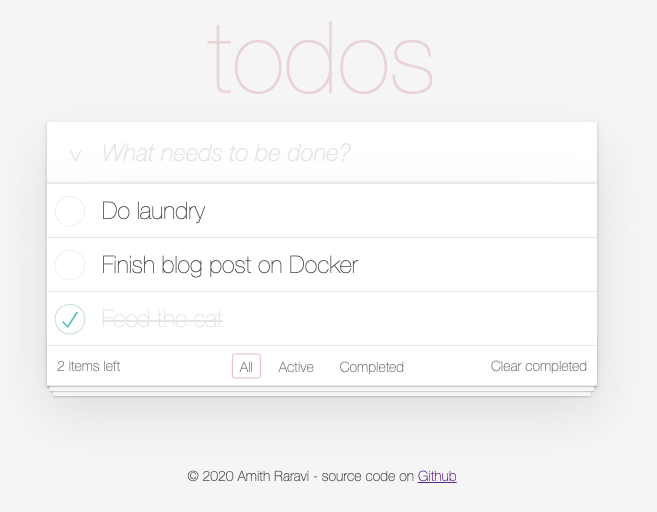 This project is written to highlight the differences between ES5 / ES6 code. And provide an easy reference to refactor the same app into MVC pattern. It is motivated by todomvc, and conducted as an exercise to understand the differences of each method followed.

The first iteration was used to get Todo app working as fast as possible. The javascript was written in classical style. There is no separation of UI/Business Logic/Data.

Refactoring the code to be written in MVC requires quite a bit of boilerplate. But it makes writing code easier!

This folder contains the transpiled output of the ES6 Javascript code. It is generated to understand the performance of transpiled code on older browsers.

By knowing these, we get an idea of the benefits of using ES6 features too!