The advent of Fake News in modern times is seen as a problem primarily to do with advancement in digital technology. Little or no thought is given to why fake news actually exists in today’s fast-moving all-knowing world, or why it spreads so easily. It is critical to think of fake news in these digital times.

While I have always wondered why so many of my acquaintances on Facebook/Twitter/WhatsApp keep sending information that I’ve found of a dubious nature, I’ve never really found the energy to dig deeper till now. About a week or so ago, I came across this BBC study done on Fake News in various countries, India being one of them. This was of immense interest to me, as I see the significant real-world consequences of fake news in the current political climate. 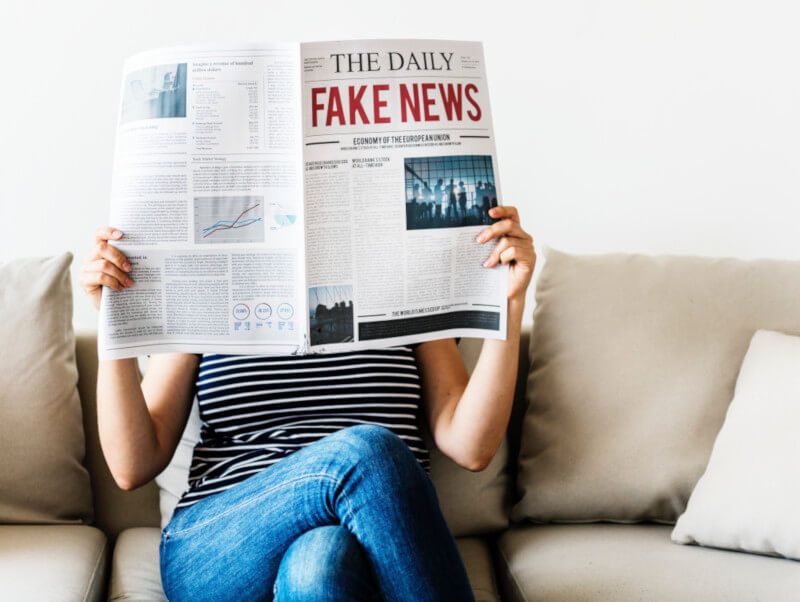 It took me about 3-4 days for me to go through the entire study. The study is quite detailed and employs a qualitative analysis of the representative dataset to try to understand the prevailing situation in India. I urge everyone to go through the study for the sake of understanding why fake news can be so dangerous. If you are still not convinced, please see this article to get the basics of the study results and also to find some context as to why the study was deemed necessary.

Here is my understanding of the data from the BBC study.

Indian media, especially the vernacular news media, has become sensationalistic and hyperbolic in the way they deliver news daily to its users. People know that most of the coverage is restricted to the news that sells, rather than news that needs to be seen/spread. And this knowledge spurs the growth of alternative news outlets. People are ready to believe what influential individuals in their circles say and broadcast it to all their acquaintances.

Rather than the authenticity of information, it’s the social influence of the sender that urges the user to forward information deemed to be important for consumption by their peers. And most messages are forwarded without being read, which tells us that people will only give a cursory glance before sending a message on its way to their friends and family. This removes any incentive for producing quality digital content, which can be verified to be true, because it’s so easy to create and share any kind of content.

“What is new though, is that with the definition of news becoming expansive and all-encompassing, we find that anything of importance to the citizen is now considered ‘news’. It then also stands to reason that they are happy receiving information from just about anyone – and not just a handful of news organisations with rigorous journalistic practices, trusted brand images, and legacies of accuracy. Even more importantly for our purposes, we find that people don’t differentiate – or more accurately find it too hard or too resource intensive - to differentiate between various sources of news (in the broad sense outlined above). Social media, with its low barriers to entry, provides innumerable sources of information - and the distinctions between them are flattened in the minds of the users.”
~ From the study

The Mindset of the Average Indian User

With the Internet being touted to be the greatest thing since the Industrial Revolution, everyone wants to use the Internet and be seen doing it. India arrived quite late to the party, so to speak. And Indians felt left behind. So they lapped up the cheap Internet rates and the equally cheap mobiles which could connect them to the ‘Internet’ being offered due to the entry of Jio. Till now, the news was something you could talk face to face in groups. But this push to digital had opened up a new public space. Twitter, WhatsApp, Facebook, and their ilk had opened up a space where people can say and do what they want without being physically there to face the consequences of their actions.

As such, Indian users embraced these social media spaces as public spaces where they could voice their opinions and engage with like-minded individuals. This meant anyone from any part of India could be in touch with people all over the world. This newfound connectivity excited the Indian user. They were placed in a unique situation of not having experience in handling the informational deluge and yet having the tools to make use of it any way they saw fit.

“WhatsApp groups bring together like-minded people into tight-knit online communities. While this is supposed to be of a positive nature, more often than not this character of WhatsApp is used to mobilise groups to violent action. This is beside the fact that WhatsApp is a platform known for spreading low-quality information of doubtful veracity.”
~ From the study 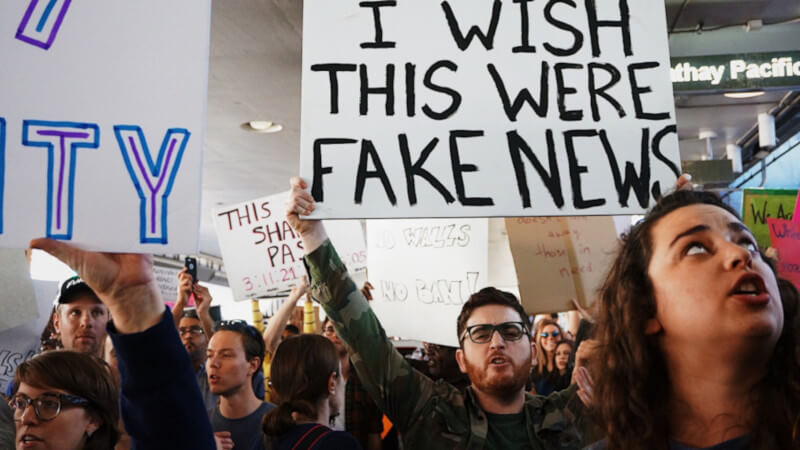 Easy access to the Internet and the resulting information overload has led to:

So a key feature of online platforms is the sharing of content without active, engaged communication. Share because you feel it is important, not because it really is.

“Most people do not believe they are the ones spreading fake news. For them, the dominant association of fake news is scams and scares, done by nefarious actors for profit making, or at a deeper level fake news is news that is dissonant with their closely held beliefs and self-identity, done by those in a political outgroup. Either way, citizens don’t think they themselves have a role to play in this. This creates a challenge in tackling the spread of fake news: if you don’t believe you have a role to play in the sharing of fake news, then you certainly won’t respond to messages exhorting you to not share fake news.”
~ From the study

The Tools Required to Fight This

It’s quite imperative that all of us understand how widespread the issue of fake news is. The Indian users need to become aware of the way opinion trumps (pun intended) fact in the current political climate. The average Indian user should exercise more caution while browsing information and distributing it to their family and friends. Fake news spreads because people are ready to believe whatever feels right to them - which means they need to mature as responsible users of the Internet age. Also, the society as a whole needs to take cognisance of this issue and work as a community to work on this.

I will leave you with the following conclusion from the BBC study.

“We have to conclude, though, that checking the flow of fake news, especially in their current predominant form of images and memes is likely to be extremely challenging. We suggest that all actors - platforms, media organisations, government, civil society - come together to tackle the problem, since it is not just a technological problem. But in this, ordinary citizens too, need to take more responsibility about sharing things without verification - and surely, platform-centric solutions to help them can be found without compromising too much on the essential characteristics of the platform. We also recommend that journalists investigate further whether or not there is an organised ecosystem of fake news production and dissemination.”
~ From the study

Note: All images used in this post are from Unsplash!

This is resulting in social discontent. It is indeed a very serious problem.

Yes indeed. A very serious problem which needs the whole society to notice it and work on it, diligently!

Gatsby and the 'window' variable

Where did the 'window' go? And how can I get it back?!

reCaptcha v3: Do You Need It?

For greater control over bots/spam handling, use reCaptcha v3!

Automate publishing of new comments submitted to your static site.

Use CircleCI to build a CI/CD pipeline for deploying to a static site.