iOS 12 ‘Screen Time’ is Here to Help You Switch Off!

So you have updated to the new iOS 12, and want to see what it has to offer?! I’m sure you’ve read quite a few articles on all the new features by now. Among these, the one that should grab your attention is Screen Time. Let’s see why it’s so important for you and me. 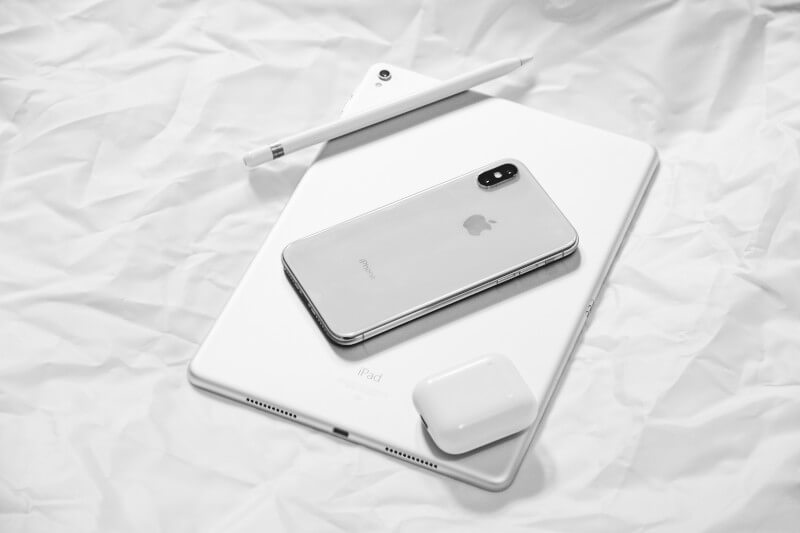 WHY DO WE NEED IT?

iOS 12 has been released at a time when our lives are being overshadowed by our online avatars. Our FB updates, Instagram posts, Tweets and LinkedIn posts are taking up so much of our time daily. We go on dates to have some uninterrupted ‘Us’ time with our significant other, only to realise that we have posted more updates online then we talked to each other all evening…

Ooh, let me quickly post this dinner date on Instagram. Damn, the Greek salad was not as good as last time. On top of it, our waiter is rude. That’s it, let me write a scathing review on Yelp. I’m out of here. Where’s my Uber??

See what I mean.

People are starting to realise that they need to turn off their phones and devote more time to family and friends. Numerous articles have been written on how ‘switching off’ has helped people prioritise what’s important to them, and it has also led to reduced stress in their lives.

Apple always strives for a better understanding of what people need right now. And it has realised that limiting phone usage is the way forward. People should make use of technology, while not becoming slaves to it. The decision to limit usage has to come from each individual user. Apple provides the tools, it’s up to the user to make efficient use of it.

Enter Screen Time! Each user can see the stats on how they are using their devices. Apps they use have been grouped to make sense of the hundreds of apps on our phones. Prominent categories displayed on my iPhone include Social Networking, Games, Reading & Reference, Productivity, Entertainment, Creativity and Other. 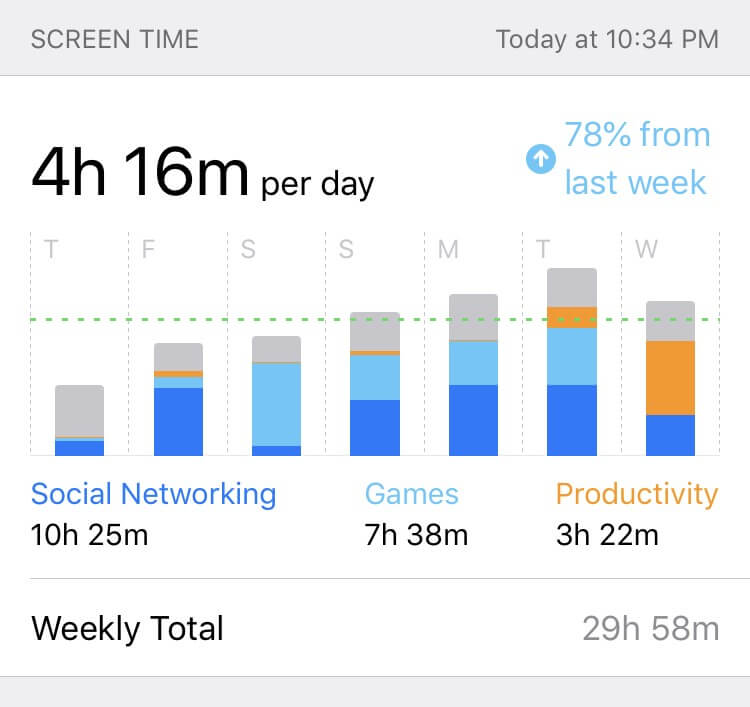 The ability to create custom groups would have been greatly appreciated. Many users use Instagram to drive traffic to their blog, and surely can’t look at it as Social Networking. Who knows, Apple may add custom grouping in a future release.

The Screen Time setting is basically a dashboard. The top graph gives the breakup of screen time and highlights the top categories. Below that is a list of all the apps/games that are being used. There is a toggle at the top to switch the view between Today and Last 7 days.

Like me, if you own more than one device, then you get separate graphs on each device. That simply doesn’t make sense now, does it? You are interested in your usage through the day, and it should be device-independent. For this, enable Screen Time to keep track of your activities across all your devices and this will give you a single combined graph instead of device-specific ones on each.

HOW DOES IT HELP?

Right, so now you have the tools to see clearly for yourself, how you are using your Screen Time. Apple gives you different ways of controlling your usage. You can use:

It’s one thing to have the options, and another to know what to do with them. Each of us have to realise the importance of Screen Off Time. If we utilise each option cleverly, then we can reduce our daily usage to ‘what’s required’ only. Downtime can be a set time of the day. Say dinner time with family, so that we make it a habit to eat together. App Limits can curb your time spent on Instagram, drooling over others travel diaries.

I was curious to see how people used Screen Time, so I headed to the Complaint Box of the online world a.k.a Twitter. And it didn’t disappoint.

The iOS 12 updates “Screen Time” feature should be called the “You are a total loser” feature. pic.twitter.com/nke9xyifUj

A few were ashamed.

How I feel after looking at iOS 12’s Screen Time feature pic.twitter.com/CWoZvR0Amq

Monitoring your ‘Screen Time’ in iOS 12 is going to be both fascinating and scary. #ScreenTime #iOS12 #reclaimyourlife pic.twitter.com/mTBnVjd2cG

Screen time on IOS 12 is an eye opener, so much time wasted😳🙆🏿‍♂️

And a bit of truth gets revealed.

Oh blimey, the new screen time feature on latest iOS update is going to prove eye opening I think! Great feature. Will make sure kids have it on their phones too! pic.twitter.com/DaYxwej4Rp

Me looking at my “Screen Time” stats in iOS 12. #Yikes #PhoneAddict pic.twitter.com/h9q92Y3rZL

People have often realised what’s right in front of them through self-mockery. And that’s another job well done for Twitter!

Personally, I’ve found out a few surprising bits of information myself. Like I spend too much time scrolling Instagram before going to sleep. DomiNations takes up too much of my time every day, far more than I realised. News apps have my afternoons, mostly (I should be working, I know). WhatsApp is a time hog (those pesky notifications from friends) all through the day.

In the end, it’s up to each one of us to make use of Screen Time as we see fit. We can either use it take control of our lives or continue to let devices steamroll all over us.

Did the iOS Screen Time tell you anything?!