Adding Comments to a Static Site

Or, How do you add a dynamic part to your static site?

If you need to know how to build a static site, please read my previous post here. If not, you can head below to implementing comments.

When I created my blog in 2017, I was looking around for an easy and self maintained comments system and found Staticman fit my requirements to the dot. It was so easy to add it to my Jekyll site and configure correctly with minimal effort. All I needed was a Github account and a repository, which I already had.

About a month back, I discovered that the Staticman component is no longer working as expected. So I head to the GitHub repository of Staticman to see if there is an already existing issue. To my dismay, I not only found there was an issue raised but that it had to do with the daily limits set by GitHub (which can’t be changed by us mere mortals). So I had to figure out a different way to deliver the comments to my blog. I owe you an explanation on why this is a problem. In a static site, the content is just plain HTML/CSS files. Which means the user cannot expect the Submit button on the comments page to work. But for an interactive blog, readers should be able to leave feedback. At this point, it’s clear that our static site needs a dynamic part. There are various ways in which developers have tried to do this.

If option 1’s disadvantages are not really so in your eyes, please go ahead and use it. Else, you will have to think of a way of getting those comments back onto your blog/website. Options 2 and 3 are some of the ways of doing it.

I tried each of the options in the order presented above, and ended up with the last one. This is because, my static server runs on a Linux hosted virtual server with Apache/PHP enabled. I wrote a PHP script, which gets called by the POST method of the comment FORM. The script writes the comment to a file and saves it on the server. I check the server periodically to see if there are new comment files, and add them to my static build and deploy back. My mind says this last part should be automated, but I’m not sure how to do it yet (I see my next blog post!).

I was reluctant to add a PHP script initially because I wanted to keep the website purely static. But looking at all these options, I’ve realised that in order to avoid dynamic code, I’m making a choice to do things the hard way. 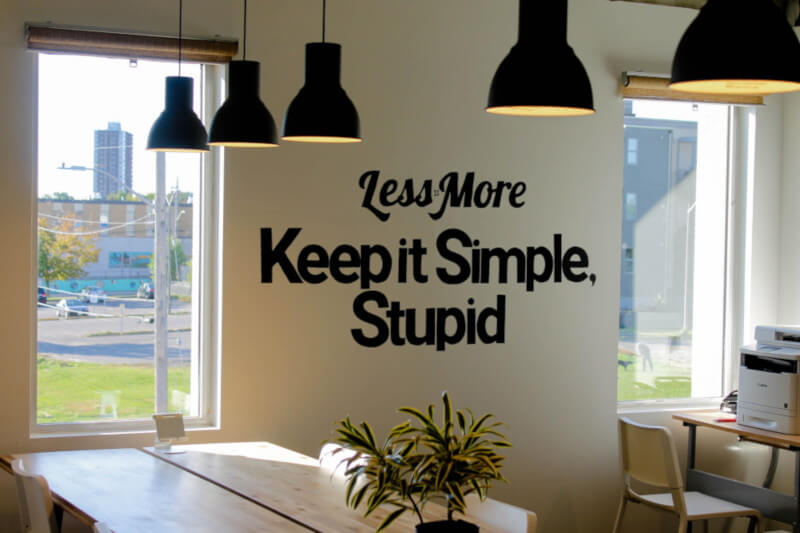 Just because I wanted my site to be static doesn’t mean it shouldn’t have any dynamic parts. Commenting is a valued interaction, and as such it requires a script. As soon as I accepted this, things fell into place. A mostly static site with a dynamic script is still quite fast, and now has the added functionality of a dynamic site when required!

Note: If you want to take a look at my website build, checkout my repo on GitHub.

All images used in this post are from Unsplash!

Just a thought how about dumping comments in a nosql db like mongo. With proper hierarchy we can maintain replys to comments as well?

That’s definitely doable. But for a blog of my size with a moderate level of comments, this can be achieved within Jekyll itself. So that I can keep the site mostly static!

Adding nested comments is next in my To-Do list.

You should check out my blog now. As I want to keep the comments relevant to the subject matter, I’ve restricted nesting of comments to 2 levels. This allows replies to individual comments and allows threads to be formed (without getting too nesty :) ). I think this is perfect for a blog!

Thank you for visiting, Vincent!

My name is Aly and I would like to know if you would have any interest to have your website here at amithraravi.com promoted as a resource on our blog alychidesign.com ?

We are in the midst of updating our broken link resources to include current and up to date resources for our readers. Our resource links are manually approved allowing us to mark a link as a do-follow link as well.

If you may be interested please in being included as a resource on our blog, please let me know.

That would be great, please do add it as a resource on your blog! Thank you for your interest!!

How is the submit button working and where is the Apache server running? Is it hosted on aws?

The Submit button calls a PHP script on the server, and the comment gets stored to be moderated by the admin. The website is hosted on a standard GoDaddy server, it’s not AWS.

Thank you for visiting!
Amith Raravi

Good day! This is kind of off topic but I need some guidance from an established blog.Is it very difficult to set up your own blog? I’m not very techincal but I can figure things out pretty quick.

I’m thinking about creating my own but I’m not sure where to start.
Do you have any ideas or suggestions? Thanks

Setting up a blog is quite easy nowadays, expecially with Wordpress around. But if you want to do it yourself, then you need to be able to understand HTML/CSS/Javascript a bit.

Try your hand at these:

Here is a Medium article on Static Site Generators that you may find useful –> https://medium.com/codingthesmartway-com-blog/top-static-site-generators-for-2019-26a4c8afcc05

Thank you for visiting!
Amith Raravi

thanks for the post which was very interesting because I wanna drive away from Wordpress and upload my static site (just plain HTML/CSS files). The biggest challenge for me (I am a rank beginner in JS) is to integrate comments (without 3d party solutions). They say one can use PHP or JavaScript for that, right?

Do you know an elegant way to build comments code with Javascript or PHP? Maybe you have an additional advice for me?

Thanks in advance,
Jaroslav aka JP

The commenting part is where you usually get stuck, especially with a static site :)

You can use Javascript to call a PHP script on the server, which will in turn process your file!

Ps. Be careful!! This is a sample only, as it will overwrite the comments into the same comment.txt file every time the script is called!

Thank you for visiting!
Amith

Really Awesome Content, I resonate with with this because I started a blog recently using, gatsby and hosted on netlify. The whole setup was really easy. The main problem I had was to add comment feature. This blog gives handful insights.

I’m glad I could be of assistance! Also, your website feels so slick, I love the minimalistic design!!

This post will help the internet visitors for building up new blog or even a blog from start to end.

Hi there! Thank you for the kind words!

Awesome, thanks for sharing :)